Following a 2-week trip to Eastern Europe, Maurice Bishop returns to Grenada and gets the silent treatment from his colleagues.  The word is that Central Committee members are livid that he has reneged on the plan for joint leadership and the battle lines have been drawn.

There are conflicting stories that despite Bishop’s isolation, that as early as Sunday October 9, the day after Bishop’s return from his trip, the Central Committee – a Committee that Maurice Bishop is the head of – is indeed holding meetings. Often changing the location of the meetings from Coard’s residence (the usual spot) to Fort Rupert [the ? HQ]; all without Bishop. After being ignored by Central Committee members for two (2) days, Maurice Bishop has visitors. General Hudson Austin and Major Einstein Louison visit him at his home in Mount Wheldale. They meet for almost five (5) hours.

Shortly after midnight Tuesday into the early hours of Wednesday October 12, Major Einstein Louison visits Maurice Bishop at his home in Mount Wheldale and tells him about a secret PRA meeting scheduled to begin at 1:00AM.

At this meeting, attendees at the 1:00am meeting at Fort Frederick were a group of hand-picked members of the Mount Wheldale security force.  Neither Bishop nor Bishop’s personal bodyguard Cletus St. Paul are notified. Attendees are told that Bishop has betrayed the Revolution and their (the soldiers) allegiance is to the Central Committee.

Another PRA meeting was scheduled for a few hours later at 7AM, at Fort Rupert.  According to Ewart Layne, the meeting was called to discuss Bishop’s behavior who “keeps changing his mind like some f**king little boy.” Those invited to the 7am meeting were soldiers who were NJM members from all parishes and Carriacou.  Express orders were given not to contact General Hudson Austin.  Maurice Bishop, Prime Minister and the Commander-in-Chief of the Armed Forces, is neither invited nor welcome.

At this meeting a resolution is passed to ‘expel from the Party’s ranks all elements who do not submit to, uphold and implement in practice the decision of the Central Committee and party membership but are bent on holding up the party’s work and spreading anti-party propaganda.’

At the regularly scheduled 9:00AM Political Bureau meeting at Fort Rupert, the storm finally broke.

George Louison, minister of Agriculture, is charged with engaging in anti-party activity for comments made during the Eastern European trip and for trying to get NJM members to oppose joint leadership and a proposal is made for his expulsion from the Central Committee and the Political Bureau.

As the meeting continues, a rumor is making the rounds throughout the island.

The rumor is that Phyllis Coard and Bernard Coard are plotting to kill Maurice Bishop.  Because of Bishop’s popularity, this news creates much anger and concern from many Grenadians.

And as the investigation of the rumor continues, another twist in the story emerges.  The twist is that the person behind the rumor that is wreaking so much havoc has been initiated by Maurice Bishop himself.

Errol George, one of Bishop’s deputy personal security aide claims that he and Cletus St. Paul, Bishop’s chief security aide, were personally tasked to spread a false rumor that Phyllis Coard and Bernard Coard were hatching a plot to have Bishop killed.

Errol George went on to say that this carefully-crafted list of names was hand-picked by Bishop himself and Bishop’s loyal friend George Louison.

Opting not to engage in this scheme, instead, Errol George shares this rumor ‘plot’ with Ashely Folkes, head of personal security.  Errol George goes on to make an official statement and the Central Committee is notified of the ‘rumor plot’.

Bishop is immediately questioned by his fellow Central Committee members about being the source of the rumor by his colleagues.  In contradiction to his deputy security aide’s statement, Maurice Bishop denies any involvement in the plan.

Cletus St. Paul is also questioned and although he denies Bishop’s involvement in the rumor, St. Paul is arrested.

​Midway through the meeting, it’s discovered that a group led by an insurance agent known as ‘Bratt’ Bullen have stormed a militia camp in an attempt to seize weapons to protect and save Bishop.

In an attempt to quell the unrest, Central Committee members insist that Bishop make a public broadcast on Radio Free Grenada denouncing the Coard rumors.

Bishop (and others) Under House Arrest

Following his broadcast at the radio station, Bishop returns to his Mount Wheldale home to find his telephone lines disconnected and discovers that he has been placed under house arrest as ordered by members of the Central Committee.

Maurice Bishop’s home at Mount Wheldale is under surveillance and his security detail undergoes a few changes. A soldier by the name of Callistus Bernard, also known as  “Abdullah’, has been specially brought in from Grenada’s sister island of Carriacou. Bernard is now in charge of the soldiers and monitoring all activity in and immediately surrounding the Mount Wheldale compound. Meanwhile, Major Einstein Louison, PRA Chief of Staff  a supporter of Maurice Bishop is notified to attend a meeting at Fort Rupert where he is accused of ‘trying to divide the army’.   Despite his request for proof of this accusation, he is stripped of his weapons, and advised that he will be placed under house arrest. Later that afternoon, Vincent Noel who stops by to visit Bishop at his home is also placed under house arrest and confined to his home in Mount Parnassus for ‘conspiring’ with Bishop.

That evening, a large gathering of NJM members at Butler House with an estimated 200-300 people in attendance.Still under house arrest, Bishop arrives at the NJM General Meeting, under guard. Once again, Bishop is confronted about being the source of the Coard rumors. He addresses the meeting with a lengthy response – approximately 45 minutes. During his speech, Bishop acknowledges the current political crisis and accepts his share of the responsibility for its development. But he firmly denies knowing anything about the source of the rumor. Then, Errol George, the Deputy Chief of Maurice Bishop’s personal security joins the meeting. Errol George standing at the front of the room addresses the entire audience and recounts in detail how Maurice Bishop together with George Louison created a list of names of people whom he and Cletus St. Paul, the Chief of Bishop’s personal security, should notify about the Coard rumor; a rumor that Phyllis and Bernard Coard were plotting to have Bishop killed.

Following his testimony, Errol George leaves the hall and Bishop was given the the opportunity to speak in his own defense.

Strangely, Maurice Bishop declines. Much to the surprise and dismay of NJM members, he has nothing to say. Once the meeting is over, Bishop returns under guard to his home in Mount Wheldale.

Bishop returns to his Mount Wheldale home and discovers his phone line disconnected and his home under surveillance.  He is under house arrest.

A rumor that Bernard Coard and Phyllis Coard are trying to have Maurice Bishop killed is circulating among Grenada and wreaking havoc.  Maurice Bishop is accused of initiating the rumor – he denies being the source.

At a secret meeting at Fort Frederick, hand-picked members of Maurice Bishop’s security force are told that Bishop has betrayed the Revolution and that their loyalty is to the Central Committee.

Bishop is given the silent treatment by several of his fellow NJM leaders.

Ewart Layne leads a meeting at Fort Rupert for army soldiers. A resolution is passed

Bishop is questioned by fellow Central Committee (CC) members about being the source of the assassination rumor plot. Bishop denies any involvement.

Word of an attempt to seize weapons from a militia camp by a group sympathetic to Maurice Bishop creates more angst among Central Committee members.

Bishop is forced (by Central Committee members) to deliver a radio broadcast via Radio Free Grenada denouncing the assassination rumor.

While Bishop is at the radio station, members of the NJM Central Committee agree to confine Maurice Bishop to his home indefinitely. 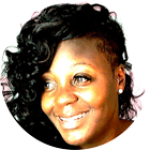